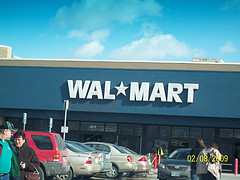 Being concerned over the veto power of the States, many of the foreign retailers like Walmart, still not interested in the Indian Market. They, the world’s largest supermarket chain, still remain reluctant to enter the Indian Market. END_OF_DOCUMENT_TOKEN_TO_BE_REPLACED 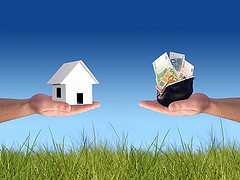 The RBI (Reserve Bank of India) has, in recent times, allowed reputable real estate developers to raise funds up to $1 billion. The RBI also has permitted established housing finance companies to raise an equivalent fund. With this new rule the real estate builders and finance companies can raise funds through external commercial borrowings. END_OF_DOCUMENT_TOKEN_TO_BE_REPLACED

NEW DELHI: Multinational retailers namely Walmart , Carrefour and Tesco may soon be allowed to open stores in India subject to inflexible investment norms, sourcing conditions, and cap on number of outlets in large cities. The Department of Industrial Policy and Promotion, or Dipp, is likely to move a proposal seeking cabinet’s consent for 51 percent FDI in multi-brand retail subject to an investment of at least USD 100 mn.

A draft structure has been prepared keeping sufficient safeguards to protect small shopkeepers, and to ensure that FDI actually helps in development of back-end infrastructure. The department has circulated a draft structure to a committee of secretaries, which will fine-tune it before a final cabinet note is moved. Multinational retailers will have to file a statement of account with the RBI and Foreign Investment Promotion Board showing the investment in back-end functions.

Proposals address states’ concerns “The government is very clear that FDI in multi-brand retail should create an employment on big scale and bring quality investment into the country resulting to development of back-end infrastructure,” the official said. For easier monitoring, the government will also allow back-end infrastructure to be executed through a dedicated unit. Multi-brand retail stores would be required to source at least 30 percent of their products, including food items, from small and medium enterprises, according to the draft structure.

Foreign direct investment in India refused for the third consecutive month in March, dropping by 11 per cent year-on-year to 1.07 billion Dollars in the backdrop of financial havoc in Europe. The country received 1.2 billion Dollars in FDI in the consistent period last year. During the financial year 2010—11, the inflows droped by 25 % to 19.43 billion Dollars, which makes it vital for the country to fine tune its policies to attract overseas investment, sources told.

The FDI during 2009—10 had totalled 25.83 billion Dollars during 2009—10, which, too, was lower than 27.33 billion Dollars invested in the previous financial year. “The numbers are not enough, the govt. has to take more steps,” sources said. The Department of Industrial Policy and Promotion, the nodal agency on FDI policies, has initiated steps, including merging of all related rules and regulations into a single document. In January and February FDI drowned by 48 per cent (1.2 billion Dollars) and 30 per cent (1.04 billion Dollars), respectively, over the same period previous year. The sectors that attracted FDI include services, telecommunications, housing and real estate, construction activities and power.

The major investors in India are US, UK, Singapore, Netherlands, Japan, Germany and UAE. Foreign institutional Investors have invested 3.6 billion Dollars since January 01 till May 5, 2011.