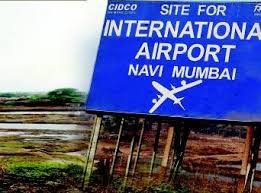 Cracks have surfaced among the Navi Mumbai project as a group of villagers raised voice against the Maharashtra Government, offering them 22.5 pc of the allocated developed land. But the villagers have some other idea, now the villagers are asking for 35 pc monetary damage of around Rs 6.25 cr per hectare.  The agitators have caught the officials of the state government and City and Industrial Development Corporation (CIDCO) unawares.

The farmers from five villages Pargaon, Dungi, Kohli, Ovla and Upper Ovla have taken the issue upfront and these are five villages out of 10 villages from 671 hectare land to be acquired by the CIDCO for the new Navi Mumbai International Airport in the state.

The villager don’t agree to the government offer and they want 35 pc as monetary damages with additional 50 pc reservations of job for the affected persons in the multi-crore project.  The villagers will meet soon to bring a road map for protesting and will take up the issue to New Delhi if needed.

The agitation comes out barely the state govt declared that it has reached a deal with the farmers with a compensation package of 22.5 pc of developed land and the development work will commence soon.  The govt had also assured to provide them land to construct houses.

CIDCO officials will meet the villagers soon and will try to tame them to begin the airport work. Maha Govt and the civic body had work out a new compensation for the affected villagers.

The state govt is hopping that the villagers will understand the offer and drop their opposition against the project.