Bangalore is one of the prime IT hubs in India. It is known for its IT development. Temperate climate, end-user oriented residential sector, stable property prices, etc. were some of the most used adjectives for Bangalore city. Adding to all these is the top position for developing most number of housing projects for the ‘seniors.’ 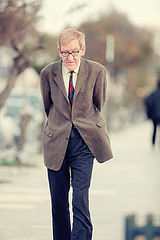 Bangalore holds most number of housing projects for seniors.

Across India, there are 30 senior housing projects. Out of this, seven are in Bangalore, reports JLL.

Other South Indian cities Chennai and Coimbatore have three-each housing projects for the senior citizens. There are three projects in Pune too.

Ashiana Housing, Athasri, Covai Properties and Tata Housing are some of the builders who have under-construction projects for the seniors. 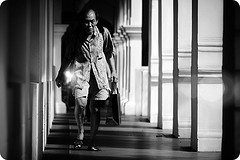 Housing projects for seniors are often confused with old-age homes.

Tata Housing is developing Riva Residences for the senior citizens. The developers say that they have arranged everything for the seniors including doctor-on-call facility. The project is priced between Rs.45 lakh to Rs.65 lakh.

Developers say that the prices for this kind of projects vary from Rs.20 lakh to Rs.80 lakh. There are 187 housing units in this project.

The price variation, say the developers, is based on the provided provisions and facilities. Those projects with better provisions charge higher, while with lesser provisions remain affordable and cheap.

Commenting on the plan to develop Riva Residences, Tata Housing Chairman Brotin Banerjee said that the group is aiming at the high-end retired professionals.

Marketing is difficult, says Ashiana Housing’s Joint managing director Ankur Gupta. Most of the people confuse this kind of ‘assisted living’ projects with old-age homes. This confusion remains a big hurdle in the marketing of this kind of projects, he concluded.