Bangalore is one of the prime IT hubs in India. It is known for its IT development. Temperate climate, end-user oriented residential sector, stable property prices, etc. were some of the most used adjectives for Bangalore city. Adding to all these is the top position for developing most number of housing projects for the ‘seniors.’ END_OF_DOCUMENT_TOKEN_TO_BE_REPLACED

The demand for branded homes and theme homes is increasing. Seeing this increasing demand for these models of residential projects, Supertech has tied up with Disney India. END_OF_DOCUMENT_TOKEN_TO_BE_REPLACED 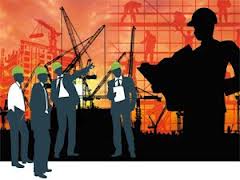 The severe labor shortage is alarming the real estate builders. Most of the housing projects are not yet completed due to labor shortage. Recently there has been a tremendous increase in labor shortage. END_OF_DOCUMENT_TOKEN_TO_BE_REPLACED Photo by Saga A’xeronAfter the success of ‘Affordable homes’, realtors are now moving towards the launch of luxurious housing. The demand for luxurious houses indicates that there is big scope for realtors there.

With this increase in demand, many developers including Ansal API, Unitech, DLF, Emaar MGF etc are jumping into this business and plan to launch huge number of housing projects within next six months, where the cost of each single unit will be over Rs. 2 cr.

According to the executive vice-chairman and managing director at Emaar MGF, Shravan Gupta, since the recession period is over and job market is looking up, there are chances of realty boom too.

Within six months, cities like Punjab, Gurgaon, Bangalore, Hyderabad and Kerala will be overloaded with such projects. The urban development ministry aims to seek a review of the proposal to get the service tax duty on sale of housing projects under construction which had been proposed in budget 2010 from April 1, 2010.

Photo by nancyarora2020The urban development Minister Mr. S Jaipal Reddy said at the national conference on Indian Real Estate “The urban development ministry feels the proposal of service tax needs review. I am recommending the review of the proposal. I think the real estate sector in India is not in pink of health right now and we cannot afford to add pressure on that,” he said, adding that suggestions would be made to the finance minister in the next few days.

The conference on Indian real estate was held by Associated Chambers of Commerce and Industry of India ( ASSOCHAM ) on Friday, March 26.

Realty sector has suffered the most after the global meltdown started in September 2008 and has just started to witness marginal pick up in demand. Real estate players are already pushing the government to withdraw the service tax imposed on the housing sector (at 3.3%, with abatement), as it would dampen the buyers.

“This is not the right time for service tax implementation as the government’s objective is to encourage people to own houses. We have to wait for another month or so to see if the finance ministry listens to our request,” told KP Singh, Chairman, DLF Group.

Mr. Reddy said that the government wants “vertical growth” of cities contrary to urban sprawl due to shortage of land and a more flexible floor-area-ratio (FAR) regime. A high FAR limit will allow more storeys’s to be built in the houses.

He quoted a report from the UN Habitat which showed, by 2050, 1 billion people of India will be living in cities. Reddy said to the reporters “ Urbanization is not only inevitable but also desirable,”  but further added that urban development has been a subject of “benign neglect” over the years as the issue fell in the domain of the state governments.”

Another suitable point that has been an issue for real estate companies is the number of clearances one has to take for the beginning of any project. “Today, there are more than 50 agencies from where we have to take our clearances. We have to ensure that the best way forward is to have a single window system as it would not only save time, but also ensure transparency,” said MD, Raheja Developers Ltd, Mr. Navin M Raheja.

“It is very important to have a single window clearance system in real estate sector,” put forward Anil K. Agarwal, Past President of Assocham.

All we have to wait for is the finance minister’s stand.