Bangalore is one of the prime IT hubs in India. It is known for its IT development. Temperate climate, end-user oriented residential sector, stable property prices, etc. were some of the most used adjectives for Bangalore city. Adding to all these is the top position for developing most number of housing projects for the ‘seniors.’ END_OF_DOCUMENT_TOKEN_TO_BE_REPLACED 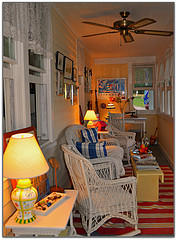 Speaking to media persons Mr. Rajeeb Dash, marketing head at Tata Housing Development Co. Limited; said that theme based projects are becoming more popular in India. In his opinion theme based projects have a very bright future in the residential market in the upcoming days.

The growing trend is seen as resulting from the people’s contact with the outer world. At present the people of India travel a lot; and they get acquainted with the housing trends in the world-cities like Paris, New York, Dubai and the-like. These cities influence them and moreover they become aware of the western culture and the residential markets there. END_OF_DOCUMENT_TOKEN_TO_BE_REPLACED 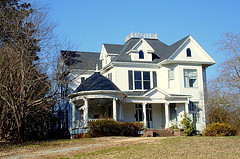 Tata Housing is in initial talks with 2 PE funds, Sequoia Capital and Atlanta Equity, to raise funds for its multiple affordable housing projects, signaling that the PE players were willing to return to the real estate projects that offer good customer demand and less risk.

Sequoia and Atlanta have begun talks with the Mumbai-based realty firm to pick up minority stakes into its existing low-priced housing project in Boisar near Mumbai and three other affordable housing projects expected to be launched.

The two PE players want to pick up stake in Tata’s projects because they are low-risk projects with decent returns, the person close to the development said, adding that PE players could expect a return of 20-30% in these projects.

Sequoia Capital had marked around $1.8 billion out of its total ten billion dollars to India. If a deal with Tata Housing goes through, it could perhaps be its first in the real estate. Ditto for Atlanta Equity, an Atlanta-based $109-million fund founded in 2007.