Filing a new petition, Securities and Exchange Board of India– SEBI asked the Supreme Court to hear all the cases against the two Sahara Firms and its chief.

As per the newly filed petition, Supreme Court is requested to hear all the cases against these two subsidiary firms of Sahara Group. 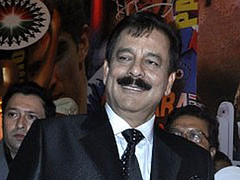 Roy and Sahara vs SEBI fight to be continued as market regulator files new petition in the SC.

The market regulator sought that all these cases should be transferred to the apex court. SEBI also asked all the courts and government authorities and officials not to entertain any applications by either of these firms or Sahara Group.

Last year on August 31, Supreme Court had ordered them to repay over three crore investors their OFCD investments. As per the order these firms were to repay over Rs.24000 Cr. While ordering the firms to repay the amount through SEBI, the apex court also had authorized the market regulator to attach the properties of these firms in case if they do not comply with the order. 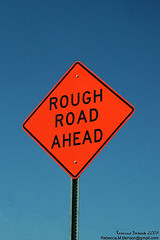 By filing new petition in the SC, SEBI warns Roy and Sahara firms that their road will be rough ahead.

Finding that the firms had failed to repay the amount, in February SEBI attached their properties. However, later the market regulator complained that they could not gain the property deeds.

While asking SC to order the firms to submit the property deeds, SEBI said that they are not able to auction the attached properties off.

This attachment order was questioned by Sahara Group chief Subrata Roy who then approached SAT against the market regulator. SAT has postponed its hearing.

While Sahara firms question the attachment saying that they were not given a show-case notice before the attachment, SEBI claim that the SC August 31 order itself was explanatory in itself. Further the market regulator adds that the order is executive in nature.