Filing a new petition, Securities and Exchange Board of India– SEBI asked the Supreme Court to hear all the cases against the two Sahara Firms and its chief. END_OF_DOCUMENT_TOKEN_TO_BE_REPLACED

On Monday, Supreme Court gave one week time to both Sahara firms and Subrata Roy for replying to the contempt petition filed by Securities and Exchange Board of India. END_OF_DOCUMENT_TOKEN_TO_BE_REPLACED

Securities Appellate Tribunal will hear the plea of Sahara against the market regulator SEBI.

Will Subrata Roy Sahara have a chance to smile when Securities Appellate Tribunal hears them?

MUMBAI: Sahara –SEBI case is yet to get another twist as the pleas of Sahara firms against the market regulator is to be heard by the Securities Appellate Tribunal.

SAT will hear four petitions filed by Subrata Roy, the chairman and the managing worker of Sahara, two other Sahara firms and their top executives.

Subrata Roy Sahara has pleaded with Securities Appellate Tribunal against the market regulator which has attached the assets of Sahara groups and the top executives.

The Securities Appellate Tribunal will hold a “preliminary hearing.” The petitions of Sahara firms and the top executives will be heard in the meeting. END_OF_DOCUMENT_TOKEN_TO_BE_REPLACED

Subrata Roy Sahara was questioned by the Securities and Exchange Board of India on Wednesday. SEBI questioned three other directors of the Sahara group.

MUMBAI: On last Wednesday, the Securities Exchange Board of India questioned Subrata Roy Sahara and three other directors. Though the main thrust of the questioning was to find out the details of Sahara assets, no information is out yet.

Sahara chief and the other directors have presented the details of their personal assets. A Sahara Group press statement which was released after the SEBI questioning said that Subrata Roy Sahara has only Rs.3 Cr worth personal assets.

Earlier the market regulator had warned that they would sell the seized Sahara properties if the Sahara Chief and the directors did not appear in front of them on April 10.

The seized properties include Aamby Valley, a posh project near Pune, and some land parcels in Delhi, Gurgaon and Mumbai. 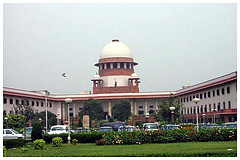 Being suspicious over their investors’ details the SC had asked the Sahara- firms to pay the fine. Later Sahara claimed that they had already repaid their investors. END_OF_DOCUMENT_TOKEN_TO_BE_REPLACED