Gurgaon farmers alleged that the real estate developers grabbed their land with the consent of the Authority. 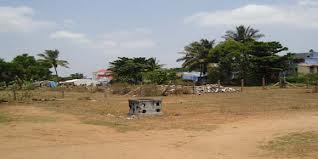 Industrial model township projects by the govt. in collaboration with the real estate developers turn out to be means for robbing the poor farmers. Chaudhary Devi Lal Industrial Model Township is an example.

Farmers of Manesar, Lakhnoda and Naurangpur villages in Gurgaon district were forced to sell their land to the real estate developers as part of the government’s urbanization plans. The farmers who were forced to sell out their lands to the real estate sharks raised suspicion over the government’s so called urbanization plans namely Chaudhary Devi Lal Industrial Model Township.

These farmers exposed that such urbanization plans are meant to help the real estate developers. They pointed out the flaws in the government’s plan. Gurgaon real estate is going to be controversial as some of the grieving farmers have moved to the High Court in search of justice.

The government operation was really simple. The Haryana government under Om Prakash Chautala initiated the proceedings meant to acquire around 912 acres of land as part of their plan to set up Chaudhary Devi Lal Industrial Model Township. The proposed land spreading over to three villages namely Manesar, Lakhnoda and Naurangpur was included under Section 4 of the acquisition Act.

The government’s acquisition rate was very low. As per the rate one acre could be worth 15 lakh. Being panicked by the lower rate most of the farmers sold out their land at a price between 15-16 lakhs per acre. All these fractions of land were bought by the real estate sharks that rightly entered in to the field. Thus these real estate developers acquired a great amount of land at a very low price than the market value.

The township project was to be constructed by commerce and industries departments through HSIIDC. HSIIDC (the Haryana State Industries and Infrastructure Development Corporation) was the nodal agency for the project’s execution.

HSIIDC was invested with the power to bear the compensational expenses to the farmers’ land. Leaving the farmers to greater grief Mr. Chautala lost the 2005 elections. Bhupinder Singh Hooda succeeded him. It was in 2005.

Records of 2004 and 2005 prove that the Gurgaon real estate developers had acquired great chunks of land in these three villages. Some of the cases showed that these real estate developers had acquired even the CLU licenses (change of land use) from the town and country planning department. They acquired the license to change the agricultural land to build commercial and residential projects.

This was the existing situation when the Hooda Government decided to proceed with the project on August 26, 2006. Further the district collector issued three notices which asked the industries department to deposit an amount of285.7 crores. This amount was collected as compensation to the farmers for their land.

The industrial department however in its letter to the HSIIDC, admitted that they failed to identify any land without any encumbrances.  The letter further pointed to the fact that the department was waiting for the government’s notification. Only with this notification they could move further.

Notification for the land acquisition came to an end by Aug. 2007. This became a very silent burial to the Chaudhary Devi Lal Industrial Model Township.

Now the collector fixed the rate to be 1.4crore/acre whereas the real market value would be nearly 70 crores. This nine fold increased rate is far below the actual market rate.

Shaken by the hard reality that they are robbed of their land the farmers of these villages moved to the High Court of Punjab and Haryana for acquiring justice. The HC had barred both the colonizers as well as the government from entering into any kind of third party agreement.

Om Parkash, former Sarpanch of Manesar village, the leader of the villagers’ court battle opined that the officials were sure of the fate of the project. Yet they allowed the real estate developers to acquire land at very lower rate till 2007, the year the government lapsed the Chaudhary Devi Lal Industrial Model Township.