Affected by the weak home sales, some top Mumbai Developers have cut down the prices for their new launches.

A few days after the news came out that the property prices have shot up in many of the cities including Delhi, Bangalore, etc., some Mumbai developers said that they have cut down the prices for new launches. 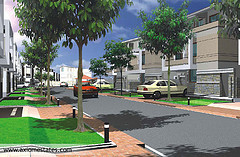 Industry experts say that this is to attract the buyers. The buyers’ sentiments are hurt by the sky reaching prices. And by reducing the prices, the developers aim to improve home sales.

Will lower property prices bring takers for the new launches?

In fact, the sluggish real estate market has forced the Mumbai developers to launch their new projects at lower rates.

Commenting on the lowered prices, Jones Lang LaSalle India CEO Om Ahuja said that the new prices are competitive. He said Rs.25000 is really competitive in the sense the neighborhood areas are still having prices around Rs.28000 to Rs.30000 per square foot.

According to the market experts, this will boost home sales. More home buyers will turn up, demanding for residential properties in this area.

Oversupply of properties is seen as another reason for the property price correction. Though Lodha Developers, Indiabulls Group and DLF remain the most prominent in Mumbai, many small scale developers are also present in the area.

These small scale Mumbai developers are coming up with projects. They have both commercial and residential projects, causing oversupply. Their properties remain suitable for the middle and lower income groups.

In short, the developers are coming up with various marketing tricks. With all these techniques they aim to boost home sales and improve the market which is really sluggish at present.