Bharti Walmart prefers to set up its first cash and carry store in Bangalore. The firm is the Indian wing of American retail major has entered into final talks with Bangalore based Century Real Estate Holdings. 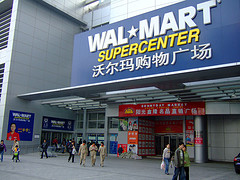 Bharti Walmart plans to set up its first cash and carry store in Bangalore.

Century Group is expected to gain the deal from Walmart. The store is expected to come up on the new airport road where Century group has land parcel. The group plans to develop a mixed use project here.

Some sources with direct knowledge of the development have revealed that the deal is to be finalized soon.

However, the officials of Bharti Walmart and Century Real Estate declined to comment on the development. Meanwhile some senior officials of Century group confirmed that the group is in talks with the retail major.

The group has already signed the term sheet. The deal, however, has not been finalized. It is still going on. 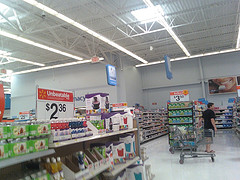 Bharti Walmart is in talks with Century group for its first cash and carry store in Bangalore.

Bharti Walmart has been analyzing the realty market for a good while. Under the brand – Best Price, the firm runs over 20 stores in the subcontinent.

Metro Cash & Carry has been operational for some years. The German firm has two stores in the high tech city. All these show that the city is more sensitive to cash & carry stores now.

While the store of Bharti Walmart remains the key end, Century group is planning to develop a residential project as an extension to this project. The realty firm has been raising the fund for the project. If the realty firm could fix the deal, funding will be easier for the firm.

1 thought on “Bharti Walmart to Fix Deal with Century Group”