While visiting India, British Prime Minister David Cameron told that his government would fund for the development of Mumbai-Bangalore corridor. 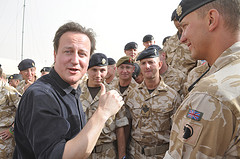 Camron offers financial aid to India to complete the development of Mumbai-Bangalore corridor.

Mumbai to Bangalore corridor spreads across over 1000 km.  Along this corridor nearly 9 districts and a good number of cities could be built. Around 2 to 3 million of population can settle in each city. Once the project is completed, Mumbai – Bangalore corridor would be offering millions of jobs. David Cameron, the  British PM,  has showed readiness to help India complete the project.

Speaking about the growth potential of the corridor, Cameron said that the physical infrastructure should be developed in the first phase.The development of social infrastructure must be followed, he added.

Offering their help to finance the project, Cameron said that their government is happy to see the development of Mumbai-Bangalore corridor. Besides financial assistance to the Indian government, Britain also has showed its readiness to cooperate with India in the project.

British prime minister’s office said that the British officials had been working on the 1000 km-long corridor from Mumbai to Bangalore. It added that they already have assessed and analyzed the project well. The development of the corridor: at an estimated cost of $25 billion, will link the commercial capital with the tech hub. 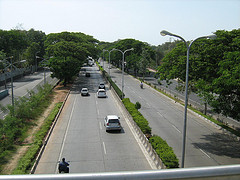 While addressing the business people and workers at Hindustan Unilever Limited, Cameron told that their country could find complete solution. He added that Britain has good architects, planners and finance experts who could offer better solution to the project.

The British PM predicted that this corridor would be holding 11.8% of total GDP of India by the year 2020. 5.8% of the total population also will be concentrating on this area.

Development of 24 industrial cities along the railway line that links New Delhi with Mumbai has also been planned. The project will be developed with the help of Japan. However the project is moving very slowly now and has not reached anywhere around completion.

The British government also has showed its readiness to fund the project. They will fund around $1.55 million or one million Pounds. The project, if completed, would generate over a half million jobs in the country. This will be besides the indirect jobs which the project will bring in. So the total number of jobs would be over two million or even more.

One thought on “Development of Mumbai Bangalore corridor: Cameron says ready to fund”