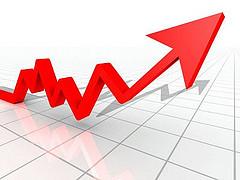 Property prices shoot up as a result of delayed clearances.

According to the Economic Survey 2013 report the property prices shot up in India by 40% due to the undesirable delay in clearances. As the builders are to gain around 34 clearances for starting any project, it takes at least six months’ time for beginning. By the time the property prices rise highly.

Economic Survey for 2012-13 in its report submitted in the parliament pointed that the housing and realty sector faces many challenges in India. One of the main challenges is undesirable delay in clearances.

The Survey adds that the average time taken for all clearances is 196 days. This delayed period alone shoots the property prices up to 40%.

Citing the World Bank’s the latest report by, the survey said that India ranks 182nd in construction clearance processes. Meanwhile the Subcontinent is one of the top countries in terms of housing and work-space demands. 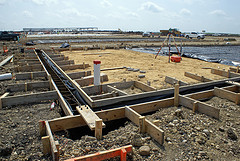 In India the land prices are shooting day by day very rapidly. Besides the increasing land prices there are many difficulties such as higher stamp duty charges, in the land acquisition process as well. In order to boost the housing and real estate sector these are to be addressed efficiently, the Survey added.

Some of the states are still having Urban Land Ceiling Regulations Act. Lower floor area ratio is another important issue which restricts the builders from building taller residences in the cities.

Housing and real estate sector together forms 5.9% of GDP in India. In 2011-12 these sectors witnessed 7.2% growth. The Survey said that the growth of the realty services has been impressive.

Since 2005-06 the realty services grow consistently over 25%. The growth rate in the year 2011-12 was 26.3%, it added. The survey pointed out that the current financial year sees a moderated property prices.

One thought on “Delayed Clearances Shoot up Property Prices: ES 2013”