Tier-2 cities will grow as a result of domestic demand and not on foreign or NRI investors.

Unlike the big cities which witness the demand of NRIs and other HNIs, the smaller cities or tier-2 cities are growing due to the domestic  demand for residential and commercial properties. Property prices in these cities are more stable and not rocketing as in the other major cities.

Mr. Rohip Kumar, Chief of DTZ India, said that this is the right time to own some new space in these tier-2 cities. Occupancy costs in these cities are expected to increase and go over the South Asian average of 4.5%. Mumbai will be an exception to this. 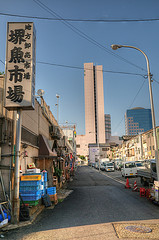 Growth of Tier-2 cities depends on the domestic demand.

According to Mr. Kumar there has been a mismatch between the supply and the demand. However he added that there is an improvement in the situation which shows the emerging maturity of the market.

Though the vacancy rate will remain higher, the market will be less volatile due to the limited supply of office spaces. The expansion of banking and financial sectors will make the market more stable in these cities.

A half of the total office space absorption was done by the IT and ITeS sectors last year. However this year their percentage is expected to be dropped to 30%.

According to the DTZ forecast the economic growth of India will be more driven by the domestic demand.