The Greater Hyderabad Municipal Corporation (GHMC) has taken the decision to collect an additional tax in the form of fine from the owners of illegal structured buildings. 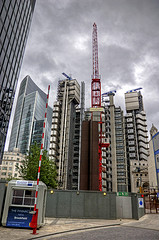 GHMC plans to impose additional penalty on the owners of illegal constructions.

The owners of those buildings which are built against the legal norms of The Greater Hyderabad Municipal Corporation (GHMC) will be hit hard as the civic body plans to levy an additional charge of property taxes on these owners. As against the existing 25% property taxes, these owners will have to pay 100% more as a fine.

The new penalty rule is likely to be implemented by GHMC on April 1 this year. GHMC is expected to gain over Rs.30 Cr in the form of revenue by this penalty as the civic body has already found over three lakh unauthorized properties in Hyderabad.

The civic body has so far assessed only 12 lakh properties; and so there is a possibility for the number to jump again.

An official of GHMC said that the new penalty will be applicable to all forms of buildings. The new rule will cover villas and independent houses, flats or apartments and so on. 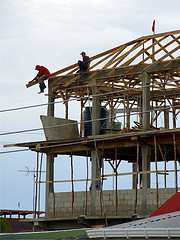 GHMC plans to seal illegal constructions by raising the penalty in the city.

Besides the illegal structures, GHMC also plans to seize all the illegal encroachment of government land.

The existing regulation of GHMC- section 220B of the Greater Hyderabad Municipal Corporation Act imposes only a 25% of additional charges as penalty on the owners.

GHMC commissioner MT Krishna Babu said that the Act will be amended and the new limit of 100% will be imposed on the owners with illegal structures at hand. They are to pay the additional amount till the structure got revised or restructured.

However, as there is a disparity between the building norms and the GHMC Act, the amendment can be challenged by the owners. It is to be noted that the main idea behind the revision of the existing property tax is to restrict the builders from constructing illegal structures.