Real estate market shows signs of improvement as there was a steady increase in the cash flows. Builders hope to pay off their debts as they have better cash flows now.

Real estate market showed signs of recovery as there is an increased cash flow.

India Ratings, the rating agency has revised the sector from ‘negative’ of last year to ‘stable’ now. The agency said that the inflow of cash is better this year than the last year due to the increased demand.

The report was based on the agency’s study on some 12- a dozen, developers’ performance. India Ratings’ senior director Sreenivasa Prasanna said that the margins were being held at about 30 %. He said that this was in spite of the increased costs of construction. This signaled the stability of the real estate market. 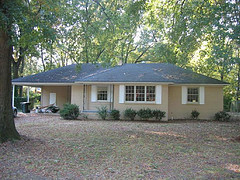 2011- 12 witnessed easing of Liquidity pressures and there was a positive free cash flow as well. Besides, builders reduced the outflow as well. All these have sustained the market.

Real estate developers opted selling of residential land plots and other non- core assets of them. Builders remained cautious to develop projects in collaboration with the land owners as against their plan to raise land banks.

However the study states only the present condition is better than that of the last year. But it does not mean that they are safe and riskless now. The increased construction costs, higher interest rates, etc. still cause worries to the builders. All the more they are affected by the unaffordability of properties mainly due to the sky – reaching property prices.

Buyers’ sentiments are hurt by the higher property prices which rule the entire real estate market.  Mr. Prasanna said that due to the unaffordability of prices, builders are also now constructing more homes in between the ranges of Rs.25 lakh to Rs.35 lakh. He added that builders are more focusing on tier 2 cities and smaller towns now.