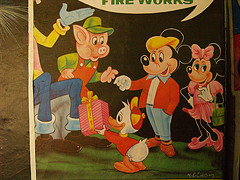 Disney India will lend its popular characters like Mickey Mouse and Goofy to the builders under their new ‘theme home’ concept. Under this new scheme of Disney India, the Indian Builders will be able to use the prime characters to promote their real estate projects.

This ‘theme home’ business is believed to be taken up worldwide level as Disney India’s mother firm Walt Disney plans to follow its Indian Subsidiary firm. The reports predict that the designers and builders across the world will be utilizing the prime Disney – characters to promote their projects.

The residential projects which will be using the Disney – characters, will have furniture, home decor products of Disney Brand. Further Disney branded interiors and exteriors will attract and influence the children. Moreover these projects will be painted according to the Disney theme. 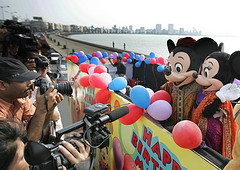 Roshini Bakshi, Disney UTV’s MD – consumer products, publishing and retail, told the media that the ‘theme home’ concept is an innovative business for them. She added that so far two developers have acquired the rights to use Disney Characters to promote their projects.

Mumbai-based Sunteck Realty and Kolkata -based Team Taurus are the two real estate builders who have acquired rights to use Disney – characters. These builders will use them to promote their residential projects.

Seeing the growing demand for ‘theme homes’, Walt Disney plans to copy the concept in the global market. Ms. Bakshi told the media that the parent firm is really excited and the firm may copy the concept. She was talking to the media after tying- up with the Kolkata -based builder. The Disney theme home in Kolkata will be developed at Joka.