Gurgaon, one of the most prominent cities in the NCR, is now facing acute power shortage. Scarcity of water adds multiplies the troubles of the city-residents.

Gurgaon was once considered as one of the most suitable locations in the NCR to live on. Now the recent reports show that the city is affected by various issues like power shortage, water scarcity and other sanitation troubles. 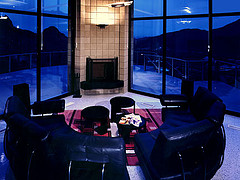 With the presence of many MNCs in the area, people from across the country were flocking to Gurgaon. The housing demand had gone far up. Now the residents in the city say that they are not getting sufficient water or power. The civic body is also alleged of not implementing sufficient measures to offload the waste in the city.

According to the HT-C fore survey nearly half of the city-residents are unhappy with the city’s civic standards.

There is a mismatch between the demand and supply of water. In hot summers many of the locations in the city face acute water shortage. Adding to all these is the garbage that is dumped in the outskirts of the city makes it really a gigantic slum. 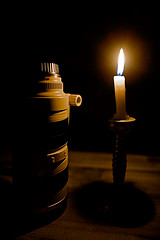 Power shortage and water scarcity predicted to be severe in Gurgaon by 2021.

In most of the areas, the power shortage is met with generators. The residents complain that the civic body has failed to meet many of the parameters that assure good living standards.

One of the main failures is related to solid waste management. Centre for Science and Environment (CSE) reports that the Millennium city will drown in its own solid waste by the year 2021.

The city is reported to produce 450 metric tons of solid waste every day. However the residents of the city say that the report of MCG is fake and not right.

Power shortage is another serious problem. When the daily demand is 1500MW, the Dakshin Haryana Bijli Vitaran Nigam (DHBVN) supplies hardly 900-1100MW. In the coming years, the power shortage is reported to be more acute in the city.

While the city demands 110MGD water, the Haryana Urban Development Authority (HUDA) is able to provide only a half of it. How this situation can be solved when the number of residents in the city is increasing day after day? The authority has no answer.