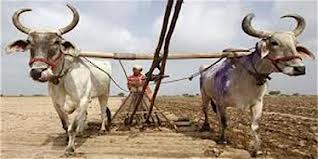 Noida real estate builders had a deep breath as the Noida farmers have called off their strike. Earlier farmers had blocked the construction of many residential projects in Noida and Noida Extension.

A group of 300 farmers had protested outside the Sector 6 Authority office on last Wednesday. On Saturday Noida Authority held a meeting with the farmers’ delegation. The Authority assured the farmers of solving their issues within a period of 5 months’ time.

Farmers of Sadarpur village were demanding a hiked compensation of 64%, regularization of ABADI land, village development and a tenth of developed plots. Welcoming the decision of the Authority, a farmer from Sadarpur village Mr. Ashok Bhati said that they were to go on strike till their proposals are achieved.

At the same time a same type of case is said to be occurred in Sarfabad area. A farmer’s land is allegedly given to another Noida real estate builder. The Authority is about to investigate into the matter. Authority will initiate a probe in the SDM level. This will enable the Authority to find out the real owner of the land.