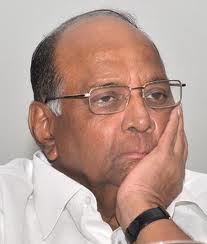 In a press conference Mr. Singh commented on Mr. Ajit Pawar, former state deputy chief minister and moreover Pawar’s nephew. He was alleged of granting 341 acres of real estate land to Lake City Corp. This land was leased to the Lake City Corp at a mere sum of 23,000 thousand per month. The land is leased for a period of 30 years.
Mr. Singh pointed to the fact that a single BHK house is not given at this rate in Mumbai. Ajit Pawar’s cousin, Mrs. Supriya Sule and her husband Sadanand hold a notable share in the Lake City real estate project. Supriya had at least a minimum of 10.4% share in the project. Though Sule partners had sold their shares in 2006 the selling price was unknown.
After two years of their selling, the value of those real estate shares were estimated, by Axis Bank, to reach 10000 crore. This probably points to the fact that the shares were sold by the Sule family at a minimum of 5000 crore.
Meanwhile Mrs. Sule declared her assets to reach an amount 15 crore. Out of this 15 crore was from the selling of Lavasa shares which were sold for a sum of Rs 5 crore. As per the bank’s valuation the shares would have been sold at a sum of Rs 500 crore minimum.
Revenue officer, Ramesh Kumar became a victim for exposing these irregularities.  Adding to the facts Mr. Singh pointed that Mr. Pawar, being Union Agriculture Minister, had no right to interfere in the matters related to Maharashtra- land. Yet he interfered.
Lavasa’s request for some concessions was rejected in 2006. This issue was settled in a meeting held in Ekant, a Lavasa guesthouse. In this meeting Mr. Pawar along with Mr. Ajit saw the then Chief minister and some senior IAS officers. This meeting took the decision to grant the group FSI Certificate (global floating floor space index). Mr. Singh also released the details of that particular secret meeting.
Mr. Singh turning his anger against Mr. Kejiriwal,said that he didn’t think that Mr. Kejiriwal was unwaware of the issue.  Mr. Kejiriwal was part of the team which made report over this real estate scam in April, 20th in the year 2009.
Mr. Singh supporting Mr. Nitin Gadkari said athat his case is very small comparing to the case of Mr. Pawar. Mr. Nitin is also being critiicizedd on a wrong legal point.
He proposed the necessity of an FIR to find out the role of Mr. Pawar in Lavasa Land lease of Maharashtra. This FIR followed by an open investigation should charge a court case against Mr. Pawar.  Mr. Singh said that he was to file an FIR in Maharashtra Anti-Corruption Bureau. He asked the reporters to scrutinize Pawar’s right to continue as union minister.
Speaking over the allegations Mr. Pawar said that Lavasa project was as per the norms of Maharashtra hill station policy. He said that there was no violation of any norms. He refused to speak more as the matter is under consideration of the judiciary.