The developers would not have imagined that the sky reaching property prices will have as disastrous as this. Many of the builders now have unsold properties at their hand as they are not able to find any property buyers. 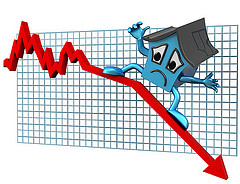 Home sales fall as the sentiments of property buyers are hurt by higher prices.

Most of the top cities are experiencing a downturn in home sales. A recent report states that there are over 1.4 lakh unsold properties in the NCR alone.

Though the report stated that only NCR realty market is hit by sluggishness, the experts say that this is common in all the cities. Due to the fall of home sales many developers are financially troubled and are debt driven now.

Nearly four developers have now default payments. They are not able to pay the interest of their loans in time.

Mantri Realty is one of them. The Mumbai based developer has asked SE Investments, a non-banking finance firm, to issue its Rs.4 Cr fixed deposit. This is for paying the interest of a Rs.19 Cr loan. 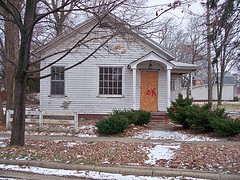 Lack of property buyers increase the number of unsold inventories.

While the developer has moved; seeking the appointment of an arbitrator, to the court. On the other side the finance firm has approached the court for preventing the developer from selling out around 32 apartments, an Economic Times report stated.

Mantri developers has announced a fund of Rs.1500 Cr. This fund will be invested in around five to six residential projects. The group plans to develop around 2300 housing units within next three to four months.

However, the group will not be able to raise the entire fund from the bookings of the customers and other internal accumulations. The group will have to take loans up to Rs.300 to Rs.400 Cr from banks.