To show his great love and respect towards his late grandfather Nasir Hussain, Bollywood star Imran Khan has named his home NH bungalow.

Imran Khan has recently got a new home, actually he renovated his ancestral home. However the Bollywood actor has surprised all who thought that it would be named after him, by naming it after his late grandfather Nasir Hussain. His new house is thus called NH bungalow, a bungalow which is a loving tribute to the late filmmaker.

Imran Khan is the grandson of Nasir Hussain, a well-known film producer. He loved his grandson and so does his grandson. However no one could have expected how deep their relation was. Now they have come to know what his grandfather was for him. 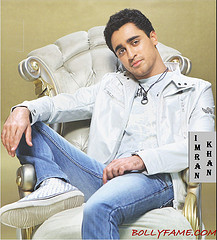 Imran Khan has named his new home NH Bungalow, after his grandfather.

Imran Khan has been searching for an interesting as well as striking name for his new home. Finally he decided to change the name Pali Hill bungalow; well this was the name before it was renovated recently, to NH Bungalow.

Imran Khan said that the name NH bungalow’ is apt as the home originally belonged to his grandfather.

Imran Khan is the nephew of Aamir Khan, one of the most popular actors in Bollywood industry.

The house warming party of Imran Khan was really colorful with the presence of Bollywood divas and actors. His uncle Aamir Khan came along with his wife Kiran Rao. 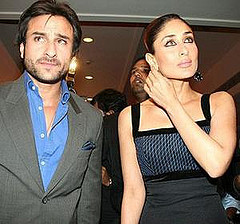 Kareena Kapoor and Saif Ali Khan  reached the house warming party in a red car with all styles and glamour. Riteish Deshmukh and Genelia too were present.

The presence of Bollywood divas like Sonam Kapoor, Anushka Sharma, Salman Khan’s sister Alvira also made the party a grand one.

Director Vishal Bharadwaj and his wife Rekha, Varun Dhawan and Alia Bhat, Filmmaker Kabir Khan, Comedian and actor Vir Das were some of the other renowned and familiar faces which were present in the house warming ceremony.