Aiming to provide affordable homes to all the people, the union government is seriously pondering over the matter to confer infrastructure status to the housing sector. 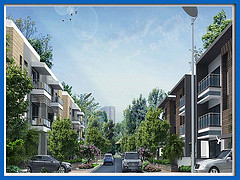 Economically poor and weaker sections of people are on the verge to own a home in near future. This will be possible for them if the union government confers the infrastructure status to the housing sector.

The decision is believed to be taken in the upcoming budget session of the parliament. However the matter is under the consideration of the Finance Ministry and Reserve Bank of India.

A senior official with Ministry of Housing and Urban Poverty Alleviation (MHUPA) said that it is likely that a favorable decision is taken on the matter. The official added that the ministry is planning to offer some income tax exemptions and service tax reductions to the housing sector.

Conferring infrastructure status is believed to boost the housing sector as it will provide easier access to funds. As a consequence, the availability of houses also will be increased simultaneously.

A recent study on the urban housing shortage revealed that in 2012 nearly 18.78 million housing units were short in India. A major share of the shortage was in the medium and low budget housing units. 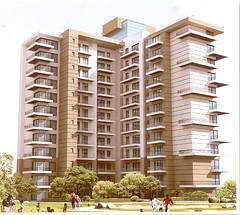 Housing sector may get infrastructure status in the coming Budget session.

The supply of housing units in the economically weaker section and lower income group fell sharply. The former witnessed a shortage of 10.55 million housing units while the number of the latter was 7.41 million.

The shortage cannot be mended by the government but only by the private developers who find it all the more difficult to construct cheaper homes due to the increased cost of construction. The land also has become so costly that added the cost of construction. Increase in the interest rates also affected the property prices.

2 thoughts on “Housing Sector Likely to Have Infrastructure Status”