Real estate sector across the country is booming and so is now in Guwahati. The city known as the gateway to Northeast Region is now witnessing the boom of real estate.

According to the experts, Assam has become one of the top investment destinations in the country. This is mainly due to the growth of Guwahati, one of the top cities. Earlier it was the capital of Assam. 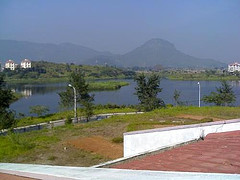 Guwahati is slowly emerging as one hot investment destinations.

Guwahati remains the hub of commerce and trade in the Northeast. This in turn opened up new gates for the real estate developers who now develop various shopping malls and other commercial projects.

Along with the development of commercial projects, the developers also develop superior class residential projects as well. The city now has various star-rated hotels. This also boosted real estate in the city.

A developer of the city said that the demand for residential and commercial properties is rising in the city. The crowd came for the three day property show approves this. 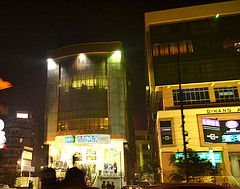 Commercial centers in Guwahati tell you how the city is suitable for investment.

Recently a three day show was held at Maniram Dewan Trade Centre. The property show, organized by AREIDA, is reported to be a huge success as it received good response from the buyers and investors.

Some top MNCs also participated in the show which displayed various projects by the developers in the city.

Now, Northeast as a whole is witnessing an economic revival. This boosts the sentiments of investors. More investors are approaching the city and look at Guwahati as one of the best locations for investment. The prices have also started soaring slowly.