To boost the home sales, CREDAI NCR now plans to regulate the property dealers in the region. CREDAI NCR has asked the developers to provide salable and carpet area in the project- brochures. 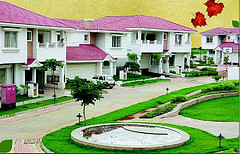 CREDAI NCR to regulate property dealers in the region.

NEW DELHI: Confederation of Real Estate Developers Association of India, the apex body of real estate developers, has decided to regulate the property dealers in the Delhi-NCR region. For this purpose, CREDAI NCR Chapter has already asked its member developers to include both salable and carpet area in their brochures.

The apex body of developers has been thinking over how to boost the home sales. The body found out that there are many scrupulous property dealers who sell the properties by providing misleading and wrong features.

To control the property dealers, it has asked its members to include both salable and carpet areas.

CREDAI NCR also plans to introduce lock-in-period for resale. It also plans to impose higher transfer charges as well. These measures are expected to impact on the property dealers. Moreover it will boost the sentiments of end users.

Amrapali Group’s CMD Anil Sharma has been elected as its new president of CREDAI NCR. His term is for three years – from 2013 to 2015. 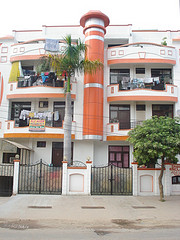 Mr. Sharma, while commenting on his priority list, said that a new team has been appointed. The team will mainly focus on awareness and redressal of the consumers.

A consumer redressal forum was formed by CREDAI NCR last year. The forum has received nearly 700 complaints so far. Majority of the complaints has been resolved.

When asked about the builders who do not disclose the carpet and salable areas, Mr. Sharma said that the body has already asked the builders to disclose both.

The salable area includes both the built up area and the common area. However he added that there are some property dealers who sell properties without disclosing entire information about the properties. He added that the governing council is considering the matter and will take steps to regulate them.

One thought on “CREDAI NCR ponders over regulating property dealers”