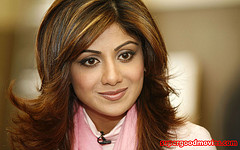 Groupco Developers Group has been launched in partnership with Hem Tejuja. The group aims to focus on residential development. The group plans to develop housing projects in collaboration with land owners.

Commenting on the launch of her real estate company, Shilpa Shetty said that she wanted to make the lives of people happier. She already has diversified business entities in the fields of sports, health and entertainment areas.

The idea which motivated the actress to enter into the realty sector is the hard-effort of the middle class people to own a home. Despite their tremendous effort, they remain unable to own a home. 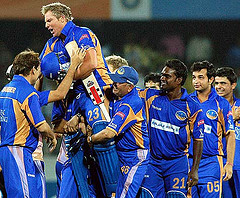 Shipa Shetty the co-owner of Rajasthan Royals expands her business to realty.

Being born in a middle class family in Chembur, she knows the dreams and difficulties of the middle class people. She experienced it in her life when she was a child. Thus she wishes to share the aspirations of them. This is what attracts her to the realty development.

Shilpa Shetty became famous by winning the British reality show Big Brother in the year 2007. Now she is one of the most popular Bollywood Divas who have fans across the world.

Now she is a regular presence in the IPL 2013 with her team Rajasthan Royals. The Jaipur based IPL franchisee is owned by her and Raj Kundra, her husband.

There is a relation between Rajasthan Royals and real estate. The IPL team is sponsored by Supertech, one of the most prominent real estate developers in India. IPL 2013 is the third consecutive year of sponsorship for Supertech.

Shetty and Tejuja will have equal shares in Groupco Developers. The shares of Shetty will be done through Kundra Constructions. The company will have its first project in Navi Mumbai.