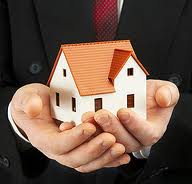 Townships were removed from the list of projects with an Amendment of Section 14Y.  The exemption might be granted only to those private entities of real estate owners who own more than 24 acres in rural areas. But now the government is rethinking of allowing the real estate builders to construct large projects like townships.

The state might grant the so-called 14Y clearance or exemption to the real estate projects. Land ceiling restrictions are to be exempted if only more than half of the project is developed for the commercial real estate sector. Under this yet to be released policy says that 51 % should be set apart for the commercial purposes and only the remaining part can be used for residential purposes.

Principal Secretary at West Bengal’s urban development department, Debashis Sen disclosed that the West Bengal government aims at encouraging development of integrated real estate projects which will lead to long-term jobs. The upcoming housing policy may bind the builders to sell homes to the workers of the nearby commercial blocks of a project.

This aims at assuring a home nearby the worksite to the people. When this takes place the people will be able to work and live in the same neighborhood. Real estate developers ruled out this norm as impossible.

Confederation of Real Estate Developers’ Association of India (CREDAI) west Bengal unit vice – President Sushil Mohta said that the state government had consulted with the developers on this issue. In his opinion the new policy was framed in consultation with CREDAI members.

Mr. Mohta continued that this model of work is going to be built in the distant suburbs of Kolkata and other comparatively smaller towns where land is available in bigger units for constructing such huge projects. Another factor is the land value. These areas have both larger tracts of land which will be available at a comparatively smaller amount.

In his personal view, the policy will remain irrelevant in Kolkata and other bigger towns like Rajarhat as large tracts of land for such integrated projects are not available here.

Residential real estate builders have been lobbying the West Bengal government for years for the abolishment of the urban land ceiling laws. Under these land ceiling laws, ownership of vacant land in “urban agglomeration” notified areas was capped at 500 /sq. m.

The developers’ suggestion to keep apart 20% for the commercial sectors in large real estate projects was not agreeable to the government, said CREDAI’s Mohta. But instead state government agreed to consider office spaces and shopping malls as non-residential units.

Real estate builders had another suggestion to reserve 20% of the space in large housing projects for constructing affordable homes also was not approved by the West Bengal government. CREDAI’s Mohta showed his hope in the government in accommodating this suggestion in to the proposed housing policy.

State government officials, who did not want to be identified, said that the reservations for home buyers from the backward economy has never been considered in its 34-year rule till last year by the Left Front Government.

Investigation has been started by the government to seek out the irregularities in the joint sector real estate housing firms. They added that it would not be a surprise if the government led by Trinamool Congress gives in to the same.