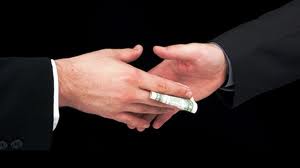 Government of India ruled out all sorts of enquiries into the allegations against and leading real estate developer firm DLF Ltd. Robert Vadra, son in law of Sonia Gandhi, Congress president and the most powerful politician of India.

DLF Ltd lost a great deal in the share market even as its shares plunged on the claims. DLF is blamed of giving properties to Mr. Vadra either below the existing market value or with unsecured and interest-free loans worth 650 million rupees.

Mr. Robert Vadra denied all accusations raised by India against Corruption movement member Mr. Arvind Kejriwal. He was accused of mal practicing his political power for securing illegal lands for DLF. Mr. Kejriwal said that the land was originally allotted to a hospital.  Mr. Vadra is alleged to gain all his real estate dealings as compensation to his help.

Mr. Kejriwal opined out of his experience with the income tax department, that the case of Mr. Vadra has plenty of revelations which invited income-tax raid. His claims were posted in a detailed document form on the site of his new anti-corruption political party.

Monday witnessed a great fall in the shares of DLF in spite of their denial of the charges. The 7.3 % fall on Monday is the biggest daily fall after February 22. This fall wiped a sum of $576 million. Traders were of the opinion that the allegations made the investors spooked.

The India government held the view that any kind of contractual agreements between Mr. Vadra and DLF are entirely private. Thus not being a subject of national interest any kind of inquiry is not required.

DLF called the Vadra – DLF relationship or link as a “completely transparent one”. Mr. Vadra on the other hand in a statement of four paragraphs put down the charges brought by Mr. Kejriwal as “utterly false, entirely baseless, and aim at defamatory.”

Mr. Vadra rudely condemned the attempts of Mr. Kejriwal to bring his financial statements into the limelight as oriented just to malign him and his family mates to gain very cheap publicity for them needed for the launch of their political party.

Being a member of India’s “first family”, Mr. Vadra is very close to the center of power. Congress Chief Sonia Gandhi is widely known to play an upper hand and key role in decision-making on major policy issues. Rahul Gandhi her son, is viewed by many Congress party members as a powerful contender to be the future prime minister.

Real estate Firm Qubrex is in field of real estate for a while and is now well versed with the real estate markets of both Gurgaon and the capital city New Delhi. MD of Qubrex, Mr. Sanjay Sharma revealed that people with political connections are invaluable for real estate builders for the speedy and faster approval of their projects. Their help is also used to blind the authorities’ eyes when the construction goes against the prescribed rules and norms.

Mr. Sharma added that a million rupees is nothing for the builders as these relations can benefit billions of rupees to the builders.