Competition Commission of India (CCI) frames a new buyer real estate developer agreement which the fair trade regulator hopes to become a standard agreement. The revised agreement is expected to meet almost all the issues related to real estate sales. 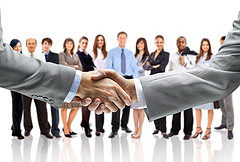 CCI hopes to tackle the future problems between the real estate developers and the buyers through their new agreement for real estate sales.

Competition Commission of India (CCI) prepares a model framework for commercial agreements between the property purchaser and the real estate builder. The fair trade regulator CCI hopes this framework to serve as a standard for the real estate industry.

Hearing the appeal, COMPAT commended the CCI to submit a revised agreement between the buyers and the builder. Earlier flat owners of two DLF’s Gurgaon residential projects had filed the petition against the builder in front of CCI.

Mr. Chawla said that once the modified agreement is passed by the judiciary it would certainly take care most of the commercial aspects between the property buyers and the builders.

CCI was asked to decide on what is required for establishing a balanced and fair mutual agreement between the property buyers and the real estate developers. CCI hopes to finalize the important parameters needed for balancing the Buyer- developer agreement. COMPAT has asked the CCI to do so in the context of DLF case.

CCI chairman said that CCI is not concerned with how the real estate builders are constructing. It is neither concerned with the size of the construction as well but only with the involvement of any anti-competitive practices, explained the CCI chief.

Last August the CCI fined DLF Rs.630 Cr after finding that the complaints of the flat owners were true. The real estate major was found guilty of abusing its dominant market position. However the new revised agreement is expected to meet almost all major issues related to real estate industry.