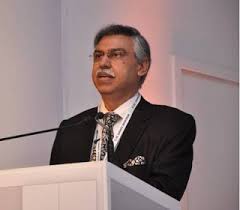 In an event, the Hero MotoCorp Joint MD Sunil Munjal said the country’s economy will surge over 6 pc in current fiscal though not many infra projects getting off the ground which still remained a major concern.

The Country’s economic growth in second quarter marginally grew by 5 per cent in the current fiscal. Which indicates a major concern for the country.

The Government has taken several steps to contain CAD and the government will manage that number. But the major concern remains lack of getting a large number of infrastructure projects off the ground.

Though the Central Government had given green signal to several large infrastructure projects yet there were still such projects where other clearances were required from state governments for implementation.

The govt needs to create a framework to get decision implemented at faster pace and its implementation for wooing foreign investments.

Uncertainty make people nervous and they hold back their investments…the govt need to create certainty of policy framework and ability for us not to take only decision but get it those implemented.

The worst has gone behind but the level of confidence is still low.

High cost of lending was also turning out to be a hesitant block in attracting investment, he said.

Land ownership, environment are credible and important issues.The way the govt have handled them they have ended up delaying projects. Higher cost of land, will mean higher cost of products and services and for those where land cost is major portion than it will b a major issue for them.