Budget 2013 was expected to be a real estate friendly budget due to many reasons. Crushing the hopes of builders and realty players the Budget 2013 remain tepid to the sector. 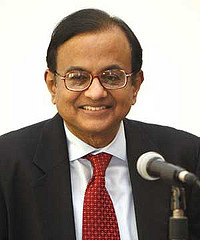 Budget 2013 holds nothing special to the realty sector

Anuj Puri, Chairman Jones Lang LaSalle India, said that the Budget 2013 is not realistic as it was expected to be. In the opinion of Mr. Puri though the Budget 2013 as an overall level is a moderate one it was not so useful to the real estate sector.

As the deduction rate is raised for the first time home buyers, there will be more demand for the fresh launches. Moreover the first time buyers are to take the loans during the period of coming fiscal year running from April 1, 2013 to March 31, next year.

The move is believed to boost the real estate sector, especially the housing sector. Once the housing sector gets boosted other industries such as steel, cement, brick, wood, and glass will also will get improved.

According to Mr. Puri, Rs.1 lakh tax deduction limit will be spurting the affordable housing especially in the tier-2 and tier-3 cities as well as other peripheral areas. However; he added, it would not boost the housing demand in the metros or any of the major cities.

However there is no word about the industry and infrastructure status for the real estate sector. Builders’ demand for speedy clearance and approval also went in vain as there is no suggestion or improvement in the existing clearance system.

So in short the Budget 2013 will only bring in a partial boost to the real estate sector. There is a slight chance for the affordable housing to be boosted, yet the property prices may get boosted along with the increase in prices of marbles and land.