Sagarika Ghatge, the Bollywood actress who came to the limelight of film industry with Chak De! India, has recently filed a case against a realty firm.

Sagarika Ghatge, the Bollywood actress who came to the limelight of film industry with Chak De! India, has recently filed a case against a realty firm. She alleged that her photos were used by the firm for the promotion of its projects. Earlier she had endorsement deal with the same firm. However the deal ended in mid 2011. 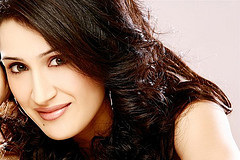 Bollywood actress Sagarika Ghatge has filed a case against a realty firm.

Sagarika Ghatge endorsed the realty firm for two years. And her two year contract for the endorsement had come to an end in the year 2011. However even after the term of contract, her pictures have been used by the real estate firm for the promotion of their projects.

The Bollywood actress felt shocked to see her pictures used by the real estate firm for advertising their projects, even when their contract ended in the mid of 2011. 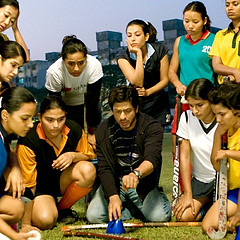 A still from Chak De! India, the film which made Bollywood actress Sagarika Ghatge what she is today.

Though she wished to settle the issue agreeably, there was no response from the firm, said a source.

Commenting on the issue, Sagarika Ghatge said that she has filed a case. She added that her manager is taking care of the issue, as she is not there in Mumbai.

She blamed the firm for using her pictures for advertising their projects even after the agreement came to an end.

‘Miley Naa Miley Hum’ is another main Bollywood film of Sagarika Ghatge. However her biggest success remains ‘Chak De! India,’ the film in which she did the role of a women hockey player.

The success of the film made her popular among those who love Bollywood movies.

Speaking about the case, Sagarika said that she has filed the case against the real estate firm only when she did not get any response from the firm.

With the issue, either the Chak De! Girl may get another endorsement from the firm. Well, this might be what she too hopes for.