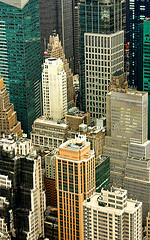 AIG Global, a New York-based private equity and realty firm, has bought 50% stake of RMZ in their shopping mall project in Hyderabad. The mall project is a joint venture which has been stalled due to many reasons. RMZ has divested its stakes worth Rs.53 Cr in the stalled mall-cum-office project.

AIG Global plans to turn the mall project into a residential project with some additional investment. The project, spreading over 11 acres, is expected to be launched by the first quarter of next financial year. However the launch will be subject to internal approvals, an official with direct knowledge revealed.

Mr. Bamasish Paul, MD at AIG Global Real Estate India refused to comment on the issue. On the other hand, while commenting on the development Mr. Raj Menda, managing director of RMZ, said that the dispute was cordially settled down.

The new deal came as a close of their disagreement on whether the project should be residential or of mixed- purpose. Due to the disagreement between the partners the project did not come up. The project, in which the AIG Global Real Estate India had invested Rs.350 Cr earlier, was expected to be developed by the first quarters of 2012.

Nearly four months back, AIG Global had sent legal notice to RMZ, blaming them responsible for the failure. The notice said that AIG could not exit from their investment due to the failure. In October, RMZ was reported to seek $20 million from its partner as payment to the loss of the firm. RMZ had said that they had faced a loss by letting AIG exit from the stalled project.

AIG will develop, with an approximated amount of Rs.1000 Cr, around 1,500 housing units in the project. Each housing unit will be priced between Rs.50 to Rs.60 lakh. Their decision is boosted by the revival of residential market of Hyderabad. Property research firm Liases Foras reported that the total absorption in the property market of the city has gone up by 14%.