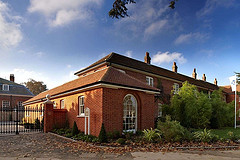 According to the Cushman & Wakefield report, nearly 1.62 lakh housing units were launched in India’s top 8 cities in 2012. The number shows that the new home launches are down by 16% compared to 2011.

Cushman & Wakefield had studied the number of home launches in NCR, Mumbai, Bangalore, Chennai, Kolkata Pune, Hyderabad and Ahmedabad. Based on their study the global property consultant reported that the residential market across India has dropped.

Out of the total 1.62 lakh housing units, 83 % of them are launched in the middle income housing segment. The decline was more visible in National Capital Region, Hyderabad, Bangalore, Chennai and Ahmedabad. New home launches in these cities declined while the other cities such as Pune, Mumbai and Kolkata had increased number of home launches. 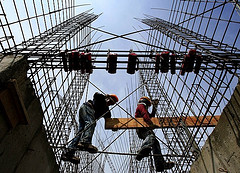 Sanjay Dutt, Executive Managing Director C&W South Asia, said that the real estate players remained cautious about the residential market. He added that the year 2012 was also noted for new innovative methods of marketing. Being cautious of the end-user market, many builders withdrew them from bigger developments.

Mr. Dutt said that the buyers became more price sensitive due to the impact of high inflation and slow economic growth. The increased interest rate made the situation got worsened. He also added that the crises- stricken builders also kept aloof from developing any projects. This was viewed as their strategy to avoid further risk.

Mr. Dutt said that, however, the crises- time of the builders have attracted many investors. As a result the real estate investment is stronger in the residential market. Many investors view this as the right time to enter the market in which the builders are in need of sufficient fund.