Stop worrying more about investing in a building or a land or any property in Bangalore specially those which are close to lakebeds.
The properties owned by builders near these lakebeds were told not to construct their builders as the National Green Tribunal, in an passed order on May 2016 clearly increased the buffer zone of the lakebeds from 30 metres to 75 metres and announced that no construction will be done around the 75 metres zone of the lakebeds. However, now the BBMP has given out a sigh of happiness. They have clarified that those projects which recieved their contrsution approval before May 2016 can resume their construction. These will be only applicable to those who got licened before the NGT order arrived.

BBmp recently issued a circular on 30th March 2017 which came out with the green signal for the buiilders. Commissioner N Manjunath Prasad ordered that the NGT directive will be now not be applicable for site and properties which already secured their plan before the Green Court came out with their new orders and restrictions. This implementation sent to all eight zonal heads has brought out a relief to the real estate sector and is expected to grow the market as well with the increased rates in such locations.

Now the builders are excited and are offering new deals in their flats in Bangalore lakebeds. These areas are now more costlier than ever. The serenity of the lakebeds of Bangalore has always been an ideal place for all the segments of the society and is much desired specially by old people who plan on living their old age in a wonderful environment as same.
Not only flats, but some builders are now planning on moving to lake house projects. They are now applying for permissions for their beautiful projects from the NGT and are expecting great revenues for the real estate market. 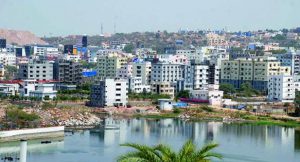 1 thought on “A good news for Bangalore real estate”