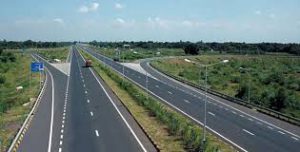 The government has given its green signal to construction of six lane of Dasna-Merrut connected under Expressway from Delhi-Meerut at a price of Rs 1,658 crore.

The aim of Delhi-Meerut Expressway is to control traffic in Delhi, construction proposes of 4 stretches, including Nizammudin Bridge to border of UP, UP border to Dasna and Dasna to Hapur.

A senior government officer said ‘’ Based on the recommendation of the Expert Appraisal Committee, the Ministry of Environment has given clearance environment to National Highway Authority of India’s proposal to construct Greenfield sequence of Delhi-Meerut Expressway from Dasna –Meerut and the 6 lane connector.

The official said that the planned Dasna-Meerut has been accepted subject to certain conditions.

The NHAI has offered constructing a new alignment including of 1 major bridge and 4 minor ones a 46 km long road.

National Highway Authority of India has offered upgrading and widening of total 19 channels to 4 lanes, with total 626 to be constructed new.

The proposed project, which would involve land acquisition of 479.91 hectares, is estimated to cost Rs 1,658 crore.

NHAI and the Ministry of Transport have been check out the distance between National Highway and urbanization, commercialization or industrialization span to avoid traffic jam.