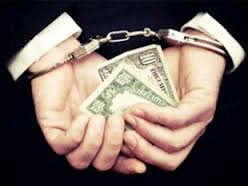 CREDAI– Confederation of Real Estate Developers Association of India has asked the members not to bribe officials as part of their anti-corruption policy. This warning is resulted from the hurt feeling caused by the growing allegations on real estate corruption.

CREDAI as the apex body of developers has an overwhelming membership which exceeds 10,000. Real estate developers are allegedly accused of bribing and corrupting the officials for getting project clearance. These allegations created a hurt feeling for the real estate builders.

Lalit Kumar Jain, President of CREDAI stated that they had enough false charges that corruption is bred by the builders. This statement was made while he was addressing Barcelona National Convention of CREDAI. Though the convention came to an end the impact of th

e convention is yet to be seen throughout the years to come.

He added that it would be considered as the full armed war of CREDAI against corruption in all forms. He continued that the survey which was conducted among community of developers had a very positive reaction from the members to say “No” to corruption. “Together, we shall” was the reply CREDAI received from the members.

The president urged the members to take all armors to fight against all sorts of demands for bribes and exploitations. He alarmed the corrupted officials that they would expose those bribe seekers and move them to courts with written complaints if necessary.

A period of around 1 and a half years to three years’ time is taken for shifting the land for the commencement of work. This delay causes around 40 % of sale price.  He cautioned that there should be reforms in the administrative level to block and root out all sorts of corruption. This should be initiated by and from the government.

CREDAI President announced that mission transparency launched by it achieved greater acceptance from a majority of developers all over India. Many of them follow codes of conduct of CREDAI for themselves. As a part of it its units at city and state units will be conducting grievance cells for wiping of the grievances of the consumers.

1 thought on “CREDAI Finally Says “No” to Real Estate Corruption”