CREDAI, the apex confederation of real estate builders said that the real estate reforms must be consumer friendly. 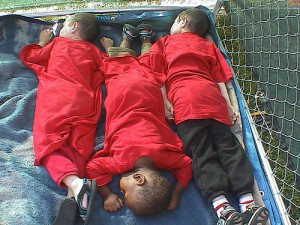 Consumer Friendly Real Estate Reforms turn the need of the hour to provide “Home for All.”

CREDAI has appealed to all the parliament members (MPs) to bring in reforms which are consumer friendly. The apex body of the real estate developers further asked them to consider the large number of stalled projects.

Lalit Kumar Jain, the national chief of CREDAI, appreciated the bold reforms by the government. He added that much more can be achieved without losing anything further. He urged the members of the parliament (MPs) to lay focus on the residential sector. He cautioned the necessity of taking up the issues regarding real estate sector. It is necessary for accomplishing the target- ‘home for all.’

Mr. Jain sent to the MPs an open letter which mentioned the Real Estate Regulatory Bill and Land Acquisition policies. These new policies are expected to be implemented in the current winter session of the Parliament.

Mr. Jain pulled off the “one sided” regulatory bill. He said that the bill to punish the faulty real estate developers alone is pathetic. The bill seeks to punish the faulty real estate developers but avoids the defaulting buyers and corrupt officials. Thus it is one sided, he explained. He pointed out that the Land Acquisition Bill will make houses more expensive and costlier.

CREDAI has stood relentlessly for the all-round reforms including land, fiscal and administrative sections. Reforms in the Tax and Banking sector were demanded. Mr. Jain said that only such all-round reforms alone can bring Transparency in housing clearances of projects. These reforms will cause GDP growth.

Andhra Pradesh has already decided to implement single window system. Other states like Punjab and Karnataka also are moving in the same direction.

Inclusion of provision to punish the corrupt officials must be included in the regulatory bill, CREDAI demanded.  Mr. Jain said that some projects are made delayed unnecessarily. He was mentioning the environment department which does not approve a project for months or years – showing the green terror cause.

In his open letter to the MPs, Mr. Jain requested them to consider the fact that real estate is the second largest employment generator. The growth of real estate will pave the way for over 200 industries which are closely related to it.

He mentioned that the regulatory bill discourages the newcomers. He asked how it will become capable of providing “home for all” – the new slogan of the government. He said that CREDAI has asked its members to cut short the price to the maximum possible extent. However, it seems ineffective as the building cost has gone far higher.

Anyway in his letter the CREDAI President offered all aspects to preserve the interests of the home buyer. He expressed his hope that the honorable members will block the loopholes in the regulatory bill.