The contribution of the IT sector was a mere 44% last year. On the other hand the information technology sector had contributed over 64% of total office space absorption. This slowdown of IT segment affects commercial realty sector adversely. 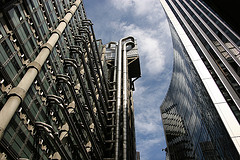 Commercial realty affected by the lower demand from IT companies.

Many of the IT firms remain cautious over their expansion policies. This is mainly due to the financial crises of the West, the major source of revenue for these Indian IT firms. Nearly 85% of the total revenue is derived from these western countries.

DTZ India’s research head Rohit Kumar said that the demand from IT sector will not improve as long as the European countries get through the crisis.

The lower demand has affected the supply of commercial space. In 2012, the builders launched only 35 million sq. ft. of new office space. This is 10% less than that of the year before.

While there was only a 10% decline on year-to-year basis, the quarter –to –quarter basis was even worse. Nearly 7.8 million sq. ft. of commercial space was launched in the last quarter of 2012. This is almost 30% down than that of the previous quarter.