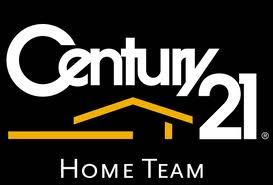 Bangalore: Century Real Estate, a Bangalore-based realty firm is set to raise Rs 400 cr to refinance its existing debts. The realty firm holds a massive 3,000 acres of land bank across the city.

The realty major is in talks with many NBFCs as well as private equity funds to raise the money which is expected to be over before next month. The realty major which started its business in 1973, has been focusing on larger development and has lined up projects spread over 10 million sq ft. The firms land bank is estimated to e valued around $ 2 billion.

The management has declined to say on the fund raise. Some part of the fund has been raised through NCDs. The firm relied on Reliance Capital, Kotak Realty Fund and JM financial to raise the funds. Global PE funds including Goldman Sachs and Fortress were among the investors earlier in the year. The realty firm has given an exit to the PE funds by buying back and restructuring the rest.

According to industry sources, Century Real estate has term sheets around Rs 600 cr for the new refinancing and the realty major should be finalizing for around Rs 350 cr in the near future.

The real estate market in the It hub has seen a rapid growth despite various problems in the residential segments.