Many urban cities across the country are observed to have traded ‘urban development’ for the loss of cultural identity and traditional old charm. The growth of Pune 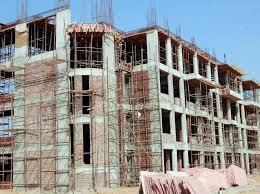 remains an encouraging example for the real estate developments in the city have changed the look and feel of the city and yet, managed to retain its old identity. In fact, Pune’s realty growth has been so organized that it has not turned into an urban nightmare in recent past.

Experts’ debate on how far Pune’s retaining of the old classic charm has been by default and how far the developers have upheld it by their design. The architecture during those days of before independence was functional; the fact that these old buildings are still standing is witness to that fact but they form a small percentage of today’s buildings, which are entirely different from what Pune used to have.

Cities are growing at the fastest pace ever. Pune has seen urbanization transform the perception of the city, from a retirement paradise to a tier-II metropolis.  This rising population is bound to impact the society.

As a developing economy, we see people move into an area and infrastructure follows. There used to be far more acute water problems in many emerging areas, where as today, the water problem has reduced.

Pune has been witness to a balanced growth of various segments of residential as well as commercial real estate. It can be vouchsafed that Pune is relatively more balanced as far as realty growth is concerned.