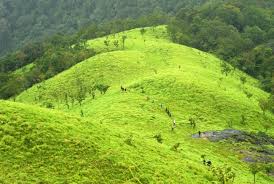 The notification given by the Ministry of Environment and Forests (MoEF) declaring about the 60,000 sq km of the Western Ghats as an eco-sensitive area (ESA) has been  corrected to give the green signal to develop a township project up to 50 hectare in the area.

The MoEF had banned construction projects of over 20,000 sq mt township and area development projects. After the new notice to allow 50 hectares the old notice has been withdrawn by the ministry.

Green activist, who are protesting the Centre’s decision of accepting the suggestion of the high-level working panel, declared the move has weaken the measures taken to protect the ecology of the region.

The green also said these developments seem to confirm the fears that the decision to cut out an ESA was the initial step before development can commence in the forested areas.

The new notice will dent the measures taken to protect the region and a petition is also filed in the Bombay High Court asking clarification of the Sawantwadi-Dodamarg wildlife corridor as an eco-sensitive area.

With this notification developers are planning to develop townships all over the Western Ghats which is a big threat to this sensitive area.

An NGO alleged the Union Government was more influenced by the builder lobbies to give a green signal to construction than being concern about the welfare of the people in the area.

The green are protesting against the working panel and they are gearing up to file a petition in the Supreme Court of India very soon against the notification.

They are also asking the government to allow the existing villages to be given protection responsibility for this very sensitive ecological region.