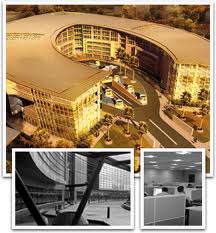 Almost a decade back, IT firms in India and abroad started to look beyond Bangalore and southern cities for setting up their institutions. It was then Pune the city of Peshwas made most of the windfall and jumped on to the IT/ITes bandwagon. After that the city has never looked back and has embraced the new avenues. Though the IT sector is growing at a rapid pace, the presence of automobile giants such as Tatas and General Motors is adding to the momentum in the city.

The growth corridors are mainly edged on the eastern and western side of the city. With the foundation for the IT zone in 1998, Hinjewadi on the western corridor became the first site in the city. Thus, IT Parks of Hinjewadi, Baner and Aundh along with the industrial hubs of Talegaon, Chakan, and Pimpri-Chinchwad Municipal Corporation (PCMC) became the major growth factor on the western side.

The back of this, the West Pune observed a healthy housing demand from the IT professionals and the industrial workers. Today, the capital values in areas such as Aundh, Baner and Hinjewadi have reached as high as Rs 6,500-9,590 per sq ft.

After tasting success on the western corridor, the realty focus has now shifted towards the eastern parts of the city. According to a survey, localities in the east witnessed 69 per cent capital hike in the last one year. The expansion of IT firms towards the east has generated an increase in the housing demand.

Once fondly known for its vegetable market, Hadapsar is another area that has mushrooming up into a vibrant real estate destination in the city. A 400-acre Magarpatta City, a revolutionary walk-to-work concept just adds another feather to East Pune’s cap.

From an investment perspective, due to proximity to the airport and railway station, eastern localities again evolves as a potential option. A standard 1000-sq-ft apartment in localities such as Kharadi, Viman Nagar, Kalyani Nagar is available between Rs 65-95 lakh.

Buoyed by these factors, eastern corridor has also grabbed the eyeballs of many renowned developers. These include Kolte Patil, Marvel Realtors, Rohan Builders, Karia Developers, to name a few.