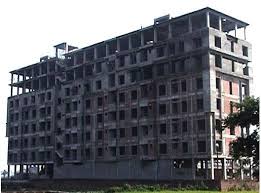 Despite a weak property market, most listed builders declared better cash collection and lower interest expenses in the second quarter, as they handed over several projects to the buyers.

DLF, India’s largest developer is planning to decline debt further by raising equity funds. In recent past a builder requires a low collection to raise loans for construction expenses; various developers repaid their loans in the Q2, due to the improved collections.

The advances collected by HDIL surged by 22 pc in the first quarter to Rs 185 cr and the firm is expected to collect an increase amount of 45 pc around Rs 300 cr in the third quarter. The cash flow was good in last six months and its showing a healthy progress.

According to the experts, many projects were handed over to the buyers during this period. Construction spends surged a 20 pc annum during the September quarter. The Godrej properties handed over 650 flats in one of its largest residential project in Ahmedabad.

Even as the developers spent more in construction, they managed to cut down financing costs.  Very few developers such as IndiaBulls and Puravankara Projects declared a fall in interest expenses due to debt drop.

Developers are looking to raise funds as Godrej Properties raised Rs 700 cr in August this year to reduce it net debt to Rs 1,200 cr from Rs 1,600.

Dlf also reduced its debt by Rs 900 cr by selling off its non-core asset. The firm’s debt is around Rs 19,500 cr and is planning to raise Rs 1,000 cr through mortgage securities on two malls in the NCR region.

Overall, the September quarter witnessed revenue growth of 15 pc as compared to 23 pc in the June quarter. Net profits however remained mostly flat due to higher construction costs.