The advertisements issued by the Securities and Exchange Board of India (SEBI) ask the investors to be cautious against the collective investment schemes (CIS). The SEBI –Ads were mainly against the schemes initiated by MPS Greenery Developers and Rose Valley Real Estate and Construction.

SEBI warns the public from investing in dubious schemes.

These two are alleged to run Ponzi scheme of investment. Though they assure better returns to the investors, the investors’ money may not be as safe as it should always be.

SEBI advertisements against this scheme were published in all national and regional newspapers. The advertisements were said to be resulted from the Saradha scam that collected many crores fraudulently from the investors.

Following the footsteps of Saradha, huge numbers of companies have come up with similar schemes. While the Saradha scam has affected the investors’ sentiments, the other investment firms are after the media to clear off the investors’ fears. 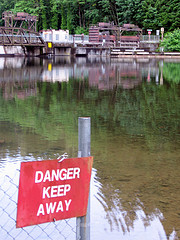 SEBI shows danger signal to those who raise funds through CISs.

So far six companies, besides the above mentioned two, have come up with ads on TV Channels and newspapers. Aspen Projects, Jasoda Real Estate, iCore, Prayag Group, Vibgyor Allied Infrastructure and Vibgyor Gold have similar schemes are have advertised on the TV channels and print media.

We have come to know that Rose Valley Group, in a leading newspaper, has released an appeal on 24th of April this year, advertisement of SEBI stated.

The investment group had challenged the SEBI order (issued in January 2011 against the firm), by moving to the Calcutta HC.

Though the HC has completed the hearing, it has not yet given the verdict on the issue.

Cautioning the public investors against the fraudulent schemes of the Rose Valley Group, the advertisements of SEBI stated that the group has not acquired permission from the market regulator. Nor the group is registered, the ads added.