PropEquity reported that the home sales in NCR have jumped by 46%. The property research firm has tracked home sales over 40 cities. 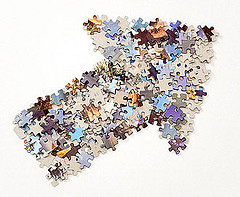 Home sales pick up in NCR.

Tracking over 45,000 housing projects of 8200 builders, Property research firm PropEquity has reported that home sales in the National Capital Region (NCR) has picked up.

Now NCR sees a revival of home sales. In January, it added, nearly 9000 housing units were sold in the region.

As against the 6032 home sales in January 2012, 8,812 housing units were sold in January this year. With this improved home sales, NCR sees a revival in the region.

Housing demand picked up along with the clarity in land acquisition issues in Greater Noida. Home sales have picked up highly in Faridabad, Greater Noida and Noida Extension. Besides these areas Yamuna Expressway was another area which saw an increased demand for housing units.

According to PropEquity home sales dropped in Mumbai by 14% while for Gurgaon the drop-rate is 4%. Samir Jasuja, Founder and CEO of PropEquity, said that Gurgaon is no more in the upbeat.

3998 housing units were sold in January 2013 along Yamuna Expressway and Noida Extension. The cleared land acquisition issues have boosted the buyers’ sentiments.

Mr. Jasuja said that the developers in the NCR have reduced new launches to bring more liquidity. They remained cautious over the unsold inventories.

To overcome the lower home sales of the last year, the developers have launched projects at comparatively lower rates. This also has improved the sentiments of the buyers.

Another important aspect which boosted the home sales is the revised repo rate by the RBI which made home loans less costly. However; Mr. Jasuja added, that the repo rate should be reduced further to boost home sales.