The illegal twin towers built by Supertech, which are taller than Qutub Minar, will be finished on 28 August at 2:30 PM. After around nine years of implacable efforts by the Residents Welfare Association (RWA) of the Supertech Emerald Court, the Supreme Court (SC), ordered the demolition of the two unlawful constructed buildings – Apex and Ceyane in August 2021. The welfare association claimed that the construction of these two twin towers violated the UP Apartments Act of 2010. Further, details mentioned by propertywala.com.

Real estate firm Supertech Ltd built the Noida twin towers and was the dream house of many. According to the Press Trust of India (PTI), the Noida twin towers will literally fall down like a house of cards in a process that would take less than 10 seconds for them. The Residents Welfare Association (RWA) of Emerald Court Group Housing Society in UP’s Noida filed a petition in Allahabad High Court against Supertech in 2014.

Besides, the twin towers namely – Apex and Ceyane towers are parts of the Emerald Court project of Supertech. It is a prominent construction company in the Delhi-NCR region. In August 2021, the SC has ordered the razing of these Towers within 3 months of its decision being announced. Sadly, it has been pending for almost a year now.

Finally, the Noida Authority updated the court that the demolition work had begun in February 2022. The demolition took place on August 21. However, on May 17, 2022, the court extended the deadline to August 28, 2022, for the demolition.

How will the Noida Twin Towers be destroyed:

The area of these towers together captures an estimated 7.5 lakh sq.ft. 3,700 kg of explosives placed in these towers. The source of the explosives is from Palwal in Haryana which contains a mix of dynamite, emulsions, and plastic elements.

Approximately, 1,400 residents living in the area will be shifted. The Movement of the Noida- Greater Noida Expressway near the site will be stop for about 30 minutes. So, we are expecting a no man’s land by 12 pm.

With the total number of explosives and scale of demolition, over 5,000 residents of Emerald Court and ATS Village societies are likely to be affected due to demolition. Around 2,500 vehicles will also be halted. Additionally, emergency services will also be made available in that region at the time of the demolition process.

Moreover, a prohibition zone, an area of 450m in front of the towers has been distinct around the twin towers. Hence, no person, transport, or animal will be allowed within the zone, at the time of the demolition. In fact, it will also be a “no-fly zone” for drones.

Developer Supertech was declared bankrupt by the National Company Law Tribunal (NCLT) on Friday, which could affect 25,000 home buyers. The company law tribunal enacted in response to a petition filed by the Union Bank of India due to non-payment of dues.
In response, the developer indicated that it would file an appeal to the National Company Law Appellate Tribunal (NCLAT) against the NCLT measure.

Order will not affect the company operations

“Because all the company’s projects are financially viable, no financial party or creditor can suffer losses. The order will not affect the operations of any other Supertech Group company, the real estate firm said in a statement.”

“The NCLT order will not affect the construction of current projects or the operation of the company. We are committed to give possessions of apartments to homebuyers. We have extensive experience in commissioning more than 40,000 apartments over the past 7 years. Under our ‘Mission Complete-2022’ mission, we have set a goal of delivering 7,000 units by December 2022.”

It also states that Supernova, ORB, Golf Country, HUES, Azaila, Esquire, Valley. Basera, Metropolis and Pentagon Mall and hotels will not be affected by the decision.

NCLT is the authority for the insolvency resolution process of companies under the Insolvency and Bankruptcy Code (IBC). An NCLT’s decision can be appealed to NCLAT.

Earlier this month, officials announced that the Supertech’s Twin Towers in Noida would be demolished on May 22 according to the Supreme Court order. On August 31, 2021, the Supreme Court ordered the demolition of Supertech Apex (100 meters) and Ceyane (97 meters) buildings because the twin towers were erected in violation of building codes.

MahaRERA website set to display complaints on promoters and projects

The announcement came two days after Supertech met with UP-RERA officials who reviewed the developer’s pending projects. Supertech Group said in a meeting with UP RERA that it will deliver around 8,463 units by December 2021. About 7,347 units by December 2022 and 231 units thereafter for their various projects in Uttar Pradesh.

RK Arora, Supertech Group President said, the delay was due to two unprecedented waves of the COVID-19 pandemic, which affected all real estate projects. The Group will implement these projects through internal accruals, and the group has a positive net worth to meet its financing needs.

Every Homebuyer should get a home

UP RERA chairman Rajive Kumar said, RERA’s goal is to ensure that all buyers get their home on specified time. We occasionally check the status of all projects and this month met 60 promoters who have participated in about 150 projects in the state. “Supertech projects have also been reviewed and verified in relation to RERA orders. This group announcement was part of RERA’s work.”

The decision was taken in light of the fact that the developer did not carry out a large number of its projects on time specified by UP-RERA. They also did not comply with a large number of orders from the authorities on complaints from home buyers projects from promoter companies.

The Uttar Pradesh Real Estate Regulatory Authority (UP-RERA) has rejected an application for registration of two proposed Supertech projects under RERA Section 5 with Section 11 (4)(B) and Section 4 (2)(B).

Authorities asked the developer for a detailed report on the fulfillment of his orders and a convincing action plan to complete its projects. However, the authorities also decided to give the developer a second chance to apply for registration of the two projects again, after it can largely comply with the authority’s previous orders.

During the trial, R.K. Arora, Supertech Chairman, told authorities the company was trying to complete projects as well as enforce government orders.

However, UP-RERA did not find the promoter’s written or oral response satisfactory. The authorities concluded that it would be inconvenient and that it is not proper and not in the interests of home buyers to register the company’s two new projects. The company was unable to complete a large number of its projects already registered with RERA, nor was it able to complete a large number of orders approved by the company’s affected homebuyer’s assistance authority.

UP-RERA chairman, Rajiv Kumar, said, The organizer did not comply with the authorities’ orders and there was no noticeable improvement in the status of unfinished orders at the end of the promoter. They also failed to come up with a convincing action plan to implement their ongoing projects. As a result, a large number of home buyers with the developer forced to approach the authorities with claims for compensation. Not only did the developer fail to speed up its projects, it also did not comply with government orders, further exacerbating the homebuyer’s suffering.

The demand for branded homes and theme homes is increasing. Seeing this increasing demand for these models of residential projects, Supertech has tied up with Disney India. END_OF_DOCUMENT_TOKEN_TO_BE_REPLACED

The concept of branded homes is becoming popular these days. The builders are developing ultra-luxury projects in collaboration with renowned brands. 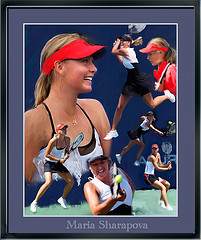 Maria Sharapova is one of the ambassadors of a branded homes project.

BANGALORE: Owning a home worth Rs.10 to Rs.25 Cr is nothing impossible for any HNIs or top class people. Those who have enough to spend on homes are now demanding branded homes.

The sluggish real estate market and fall of home sales prompted the Indian developers to seek some other ways to woo the buyers. They find it best to introduce some international figures to promote their projects.

Homestead developers tied up with Maria Sharapova and Michael Schumacher. Both the tennis queen and the F1 legend will endorse one each project of Homestead.

Both Maria Sharapova Tower and Michael Schumacher Tower are sports oriented projects. Both these Homestead projects are located in Gurgaon.

The well acclaimed success in Dubai prompts Giorgio Armani to launch superior luxury apartments in India too. The Italian fashion designer will join hands with Noida-based real estate group Supertech with this purpose. 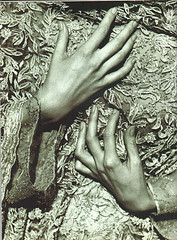 Giorgio Armani is all set to give a new dimension to the luxury real estate of India. Collaborating with Supertech, Italian fashion designer Giorgio Armani will develop some superior and ultra-luxury apartments in Noida.

Previous year witnessed Armani tying up with Lodha, a Mumbai-based real estate developer Group. This year the Italian fashion designer is joining his hands together with the Noida-based Supertech for designing Armani Tower.

Lodha developers had signed on Armani for designing their 117-storey residential project. The project comprises apartments and villas. The prices range from Rs.7.5 Cr to Rs.50 Cr.

Armani Tower, comprising 100 luxury housing units, will be designed in Supernova one of the most notable luxury projects of Supertech. The project will spread over 4,00,000 sq. ft. Armani will design the interiors and furniture of the project.

The project will have apartments of two sizes — 3,000 sq. ft. and 5,000 sq. ft. The estimated rate of each unit will be near to Rs.20,000 per sq. ft. These housing units which cost nearly Rs.10 Cr will be the most expensive in Greater Noida. END_OF_DOCUMENT_TOKEN_TO_BE_REPLACED

Real estate majors like Supertech and Ansal API have announced their new real estate launches worth Rs.8,000 Cr. The realty majors plan to invest the amount for a period of 4 years.

On the contrary, Supertech Limited has not launched or sold any project on the land falling in this village. This village is closest to the project Eco Village2 but the current land of this project does not belong to this village. Construction is on for all the 3 projects – Ecovillage-1, Ecovillage-2, Ecovillage-3) in Noida Extn. Thus all the investments are fully safe and project would be completed on time. The Ecovillage housing are affordable with starting price as 9.85 lakhs.

So, Noida Extension’s loss will yield an unexpected gain for other locations such as Noida, Indirapuram, Vaishali, Vasundhara and Raj Nagar Extension?