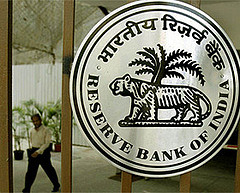 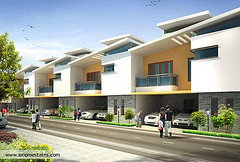 With predicting an escalation in property prices, top players in the realty sector said they had been ignored by the finance minister.

Chief of the Confederation of Real Estate Developers’ Association of India (CREDAI), Lalit Kumar Jain, said the announcement on external commercial borrowings (ECB) for affordable housing was a minor respite but still meaningless. Jain, who is also chairman and managing director of Kumar Urban Development Ltd, added, “We contribute 6.5% to the GDP and expected a big boost from the budget for affordable housing through special schemes, an interest subvention of 5-7 % for LIG (low income group) and EWS (economically weaker section) housing and promotion of rental housing through tax exemption.”

Jain also pointed out that the interest subsidy on home loans was too low. The Budget has extended the scheme of interest subvention of 1% on housing loan up to Rs 15 lakh where the cost of the house does not exceed Rs 25 lakh for another year.

In addition, Gaurav Gupta, director, Omkar Realtors & Developers, lamented that the realty sector had got nothing to boost market and customer sentiments. “There are no indications of this sector being granted the status of an industry, which it much deserves. On the contrary, the increase in service tax will push up realty prices as the additional cost will be passed on to the buyers.”

Tata Housing MD and CEO Brotin Banerjee added, “Initiatives to make affordable housing available to a larger section of the society have only been met partially.”

There were some who welcomed the proposals. Sachin Sandhir, MD, RICS South Asia felt it “exceeded expectations” given the pressures on the fiscal situation. Photo by Joe AthialyIndian Real Estate Developers have fastened their seatbelts to come at par with their counterparts in other parts of the world. This has been started by the formation of new boards and committees which will include leaders from the Real Estate and Infrastructure sector of the country.

The move was initiated by RICS (Royal Institution of Chartered Surveyors) India.

The persons in the committee will mainly focus on developing standards and practices in the Indian Realty Market to increase the level of professionalism and transparency among professionals as well as bring reforms in policies for the benefit of people at large and overcome barriers obstructing the growth of industry.

The various challenges that have to be met are the currently fragmented and old legal system including the current laws on land acquisition, problems associated with Rent control laws, providing infrastructure facilities keeping pace with the speed of urbanization, lack of skilled professionals in the industry, among others.

As said by Sachin Sandhir, MD, RICS India, “As the mark of property professionalism worldwide, RICS aims to develop professional knowledge and standards in India and protect public interest through best practice regulation. We are pleased to be represented by India’s most established and respected professionals in this industry and are confident our new Boards and Committees will enable us realize this goal”.

An Agenda-driven conference on the issue saw participation from various Government bodies such as SEBI, National Housing Bank, Ministry of Corporate Affairs. Matters that were discussed were the need for valuation reform and the directions for future practices for the Real Estate Industry.