While senior executives of JLL could not be contacted for comments, a person with direct knowledge commented that the investment will be in the commercial sector. He added that the real estate consultants are looking for higher returns from their investment and for this commercial realty is better now. END_OF_DOCUMENT_TOKEN_TO_BE_REPLACED 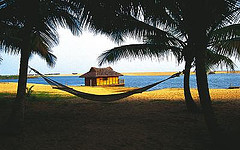 After the successful completion of Scheme-1, Kozhikode – based SECUM Investment Management has come up with Scheme -2 of Secura India Real Estate Fund. The Rs.50 Cr fund is the first of Kerala funds to be certified by Securities and Exchange Board of India (SEBI). END_OF_DOCUMENT_TOKEN_TO_BE_REPLACED

Blackstone plans to raise another real estate fund to be launched in Asia. World’s largest private real estate firm’s CEO Schwarzman disclosed their plans to become the largest buyers of commercial real estate in India. He also had laid his eyes on Australian real estate market as well. END_OF_DOCUMENT_TOKEN_TO_BE_REPLACED

The source privy to the development said the transaction has been inked recently for an equity stake in a high end residential project which would have developable area of 1million sqft in Pune. The exact size of the stake sale could not be ascertained. Infinite India Investment Management declined to comment on the transaction. When contacted by VCCircle, KUL chairman Lalit Kumar Jain confirmed that the firm has raised capital but did not immediately share name of the investor or the deal amount.

At present KUL have 12 on going residential projects in Pune, five in Mumbai and one in Panchgani, all in Maharashtra. Two years ago KUL was looking to raise Rs 450 crore through an initial public offering (IPO) which didn’t materialise. Half of the amount was to be used to repay high cost debt taken from Standard Chartered and ICICI Bank among others at an average debt cost of 15 per cent. It then came up with the plan to raise private equity funding for its projects and last year managed to rise close to $65 million for some of the projects.

Infinite India Investment Management had first launched the realty fund as an equal equity joint venture with SRS Fund and it had plans to invest $400million. JM Financial bought out the JV partner’s stake in April 2010 and since then it has been investing on its own.

Some of its previous deals include $6 million investment in a residential development project of Windshield Developers in Pune besides its agreement with PVR for buying out the multiplex chain’s property located in Phoenix Mills in Lower Parel, Mumbai for Rs 100 crore in May 2011.