Property market and Gold were the top two investment options. Fall of gold prices affected the jewelers and those who had investment on gold. The experts now fear that the next to be hit will be the property market. 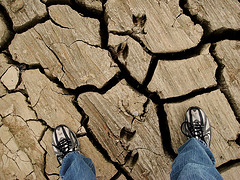 Is property market safe for the investors to tread on?

NEW DELHI: The fall of gold prices has affected the jewelers and the gold investors. Now the next will be property market, the industry experts express their fear.

The unpredicted and unforeseen fall of gold prices has affected not only the gold jewelers but also those who had investments on gold. Rising prices of gold had wooed the investors.

In the same way the property prices have been shooting up in all the cities and villages. Along with the fall of gold prices, there can be a fall of property prices.

Though the property market denies the chances of a price correction, the possibilities are not to be overlooked. END_OF_DOCUMENT_TOKEN_TO_BE_REPLACED

The sluggish global economy has not left the property sector unscathed, but the high-end estate market on the Indian Ocean island of Mauritius is showing remarkable resilience.

Murray Adair, CEO of the Indian Ocean Real Estate Company (IOREC) who is developing several luxury resorts in Mauritius in partnership with Flacq United Estates Limited (FUEL), says while there had been a slow-down in the property market, sales transactions in upmarket resorts on the island remain buoyant.

Adair says this is particularly true for resorts developed under the Mauritian Government’s Integrated Resort Schemes (IRS) which aims to encourage foreign direct investment. He pointed out that more foreign ownership approved units were sold in 2011 than in the whole of 2009 and 2010 combined. Under the IRS, foreigners are allowed permanent residence in Mauritius when they invest $500 000 or more in these designated resorts and they keep this status for as long as they own the property.

“We find that the IRS is definitely encouraging investment on the island. For example, over 50% of the properties at Azuri, a luxury beachfront village to be built on the coast about 25 km from Port Louis on the north east coast, have been sold off-plan since it was launched in September 2011,” says Adair.

Adair says while the International Monetary Fund in January cut its 2012 growth forecast for Mauritius from 4.1% to 3.8%, the country remains a sought-after tourist and investment destination. He says the tourism sector contributes 15% to the GDP of Mauritius and remains the biggest foreign exchange earner for the island.

“The Government’s initiatives to further diversify the economy and encourage investments from the Far East, including China, Russia and India will further enhance the long-term growth potential of the island,” concludes Adair.