Cushman & Wakefield reported that PE investments in India rose by seven percent in the year 2012-13. Over Rs.6200 Cr was invested in India by the PE firms. END_OF_DOCUMENT_TOKEN_TO_BE_REPLACED 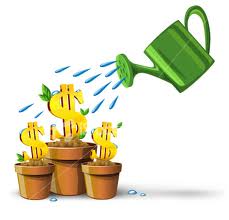 Private equity (PE) firms were the top investors in the 2006-08 boom years of Real estate. But the recent situation shows that they look ways to exit. Though they aim to exit profitable returns hold them tight in the field. Fallout of negative returns from their real estate investments makes them rethink of their exit. END_OF_DOCUMENT_TOKEN_TO_BE_REPLACED

Private equity deals are alive and kicking in Indian real estate space even though headline numbers do not reflect the same due to the absence of big ticket investments. The total number of PE deals during the first quarter of CY 2012 has hit a three-year high, according to VCCEdge, the financial research platform of VCCircle.

Although the overall value of PE investments has shrunk and investors remain cautious about the sector, it does not necessarily reflect a poor investment scenario in the realty space, according to analysts.

Shobhit Agarwal, joint managing director (capital markets) at property consultant Jones Lang LaSalle India, says, “Most of the funding that is happening now is for last-mile project completion where most of the money has already been spent by the developers and they don’t need large-size funding.” In fact, the projects are 60-70 per cent complete and developers are looking for some more equity to finish them off, he adds.

Last year, the average deal for PE investments was skewed up in the first quarter due to two $100 million-plus investments, including one by Ascendas. This pushed up the average deal size to around $50 million, as against the average size of $20-25 million in Q1 of the previous two years.

But there is another reason for lower quantum of investments by PE firms in the realty sector. According to V Hari Krishna, director of Kotak Realty Fund, “Most of the funds are reaching their shelf life and new fundraising is not happening in the same pace as it happened in the earlier round. Therefore, a lot of funds have either exhausted their capital or are on the verge of it and investments are slowing down.”

“By 2020 we plan to open 100 hotels in India with an inventory of around 10,000 rooms,” Lemon Tree Hotels Chairman and Managing Director Patu Keswani told reporters on the sidelines of the Hero Mind mine Summit 2012.

The company also said it has put on hold plans to foray into real estate in partnership with US-based investment firm Warburg Pincus.

This year the company is opening two more hotels, he said without sharing details on the investment that would be required for the expansion.

Keswani, however, said the company plans to raise money from financial institutions or may even go public in the next two-three years. “In the next 2-3 years, we might look at public listing,” Keswani said.

At present, the company’s total room capacity is around 2,000. On the company’s proposed real estate foray, he said: “We have put that housing project in cold storage. It is not the good time to start a project like that.”

In April last year, the company had announced that it will foray into real estate with plans to invest over Rs 1,400 crore to launch housing projects in India in partnership with US-based investment firm Warburg Pincus. “We will wait for the Indian economy to become better and interest rates to come down…I do not see the situation improving in another 2 years,” he added.